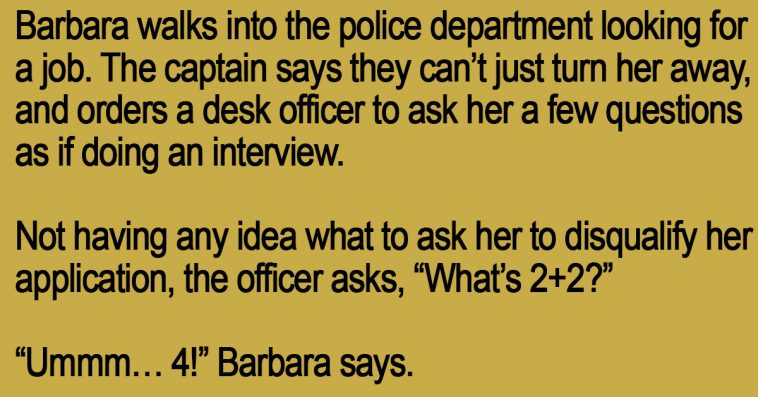 Barbara walks into the police department looking for a job. The captain says they can’t just turn her away, and orders a desk officer to ask her a few questions as if doing an interview.

Not having any idea what to ask her to disqualify her application, the officer asks, “What’s 2+2?”

Dang, the officer thinks, so he tries a harder one: “What’s the square root of 100?”

“Good!” the officer says, deciding to switch from math to history. “Okay, who killed Abraham Lincoln?”

“Well, you can go home and think about it,” he says, “and come back later and tell me what you’ve figured out.” He figures that’s the last he’ll see of her.

Barbara goes home and calls up one of her friends, who asks her if she got the job.

“Not only did I get the job,” she says, “but I’ve already been assigned to a murder case!”