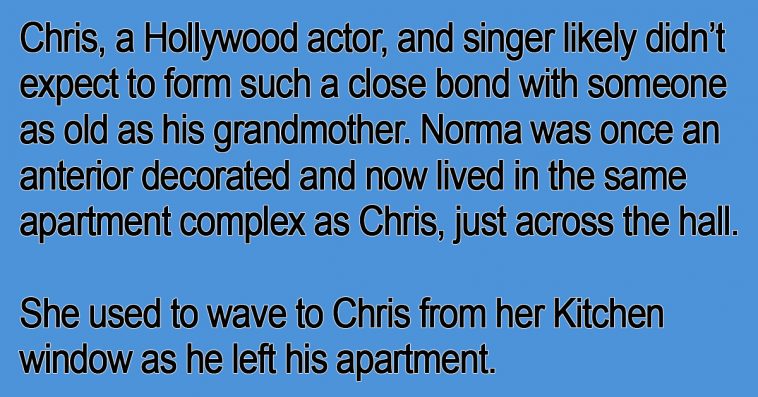 This is the story of two unlikely best friends Chris Salvatore, 31, and Norma Cook, 89. Their friendship started long before Nora became terminally ill but it was during her final days that they became completely inseparable. Chris couldn’t bear the thought of Norma being alone in her apartment even though she lived just across from him, so he asked her to move in. Here’s how their story went.

It All Started With An Unlikely Meeting

Chris, a Hollywood actor, and singer likely didn’t expect to form such a close bond with someone as old as his grandmother. Norma was once an anterior decorated and now lived in the same apartment complex as Chris, just across the hall. She used to wave to Chris from her Kitchen window as he left his apartment.

Finally one day he decided to ask her if he could come in to chat. In an interview with The Today Show he explained: “she just seemed so sweet, she offered me a glass of champagne, and it was like this immediate friendship. ”

That was over five years ago.