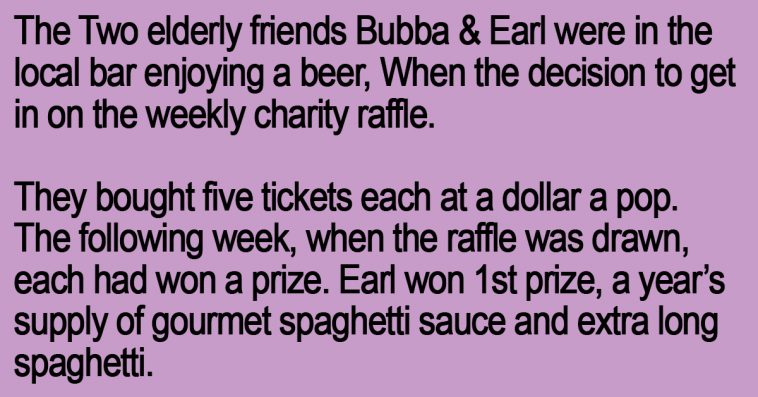 The Two elderly friends Bubba & Earl were in the local bar enjoying a beer,

When the decision to get in on the weekly charity raffle.

They bought five tickets each at a dollar a pop.

The following week, when the raffle was drawn, each had won a prize.

About a week or so had passed when the men met back in the neighborhood bar for a couple of beers.

Bubba asked Earl how he liked his prize, to which Earl replied,

“Great, I love spaghetti! How about you, how’s that toilet brush?”

“Not so good,” replied Bubba,

“I reckon I’m gonna go back to paper.”