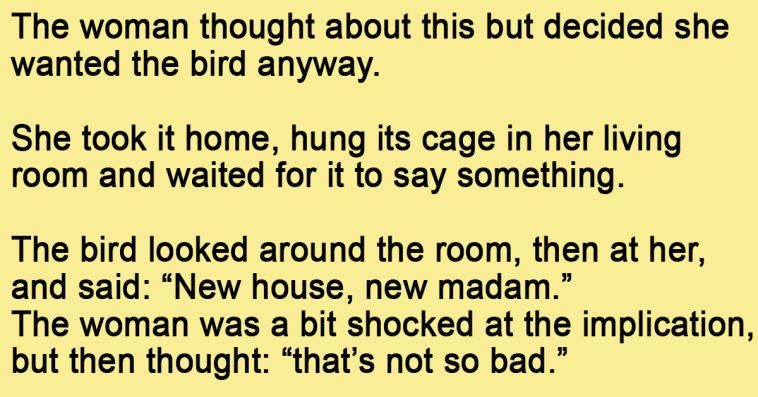 The woman thought about this but decided she wanted the bird anyway.

She took it home, hung its cage in her living room and waited for it to say something.

The bird looked around the room, then at her, and said: “New house, new madam.”

The woman was a bit shocked at the implication, but then thought: “that’s not so bad.”

When her two teenage daughters returned from school. The bird saw them and said, “New house, new madam, new girls.”

The girls and the woman were a bit offended but then began to laugh about the situation.