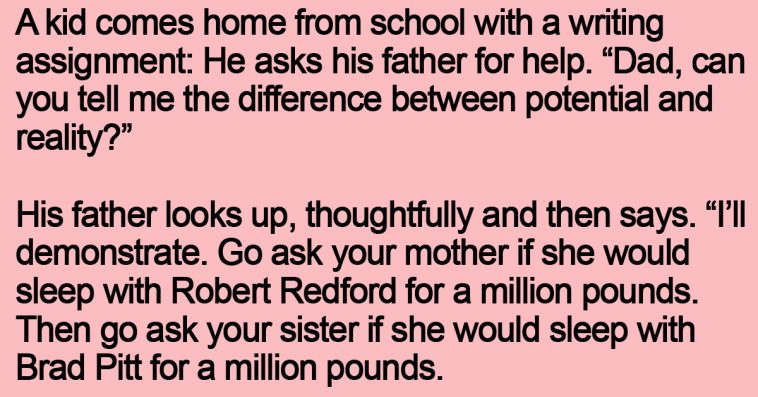 A kid comes home from school with a writing assignment:

He asks his father for help. “Dad, can you tell me the difference between potential and reality?”

The kid is puzzled, but decides to ask his mother. “Mum, if someone gave you a million pounds, would you sleep with Robert Redford?”

“Don’t tell your father, but yes, I would.” She replies.

He then goes to his sister’s room. “Sis, if someone gave you a million pounds, would you sleep with Brad Pitt?”

The kid goes back to his father. “Dad, I think I’ve figured it out. Potentially, we are sitting on two million quid, but in reality, we are living with two sluts.”