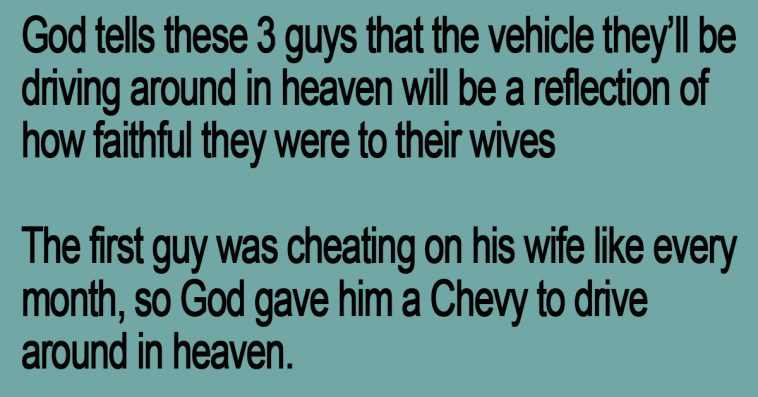 The first guy was cheating on his wife like every month, so God gave him a Chevy to drive around in heaven.

The second guy cheated on his wife once or twice over the years, but overall was pretty faithful, so God gave him an Acura to drive around in heaven.

The third guy never cheated on his wife at all and was the most faithful he could have possibly been, so God gave him a Rolls-Royce to drive around in heaven.

Sometime later, the first and second guy found the third guy sitting down crying. When they asked him what was wrong, he said “I just saw my wife riding down the road on a skateboard.”