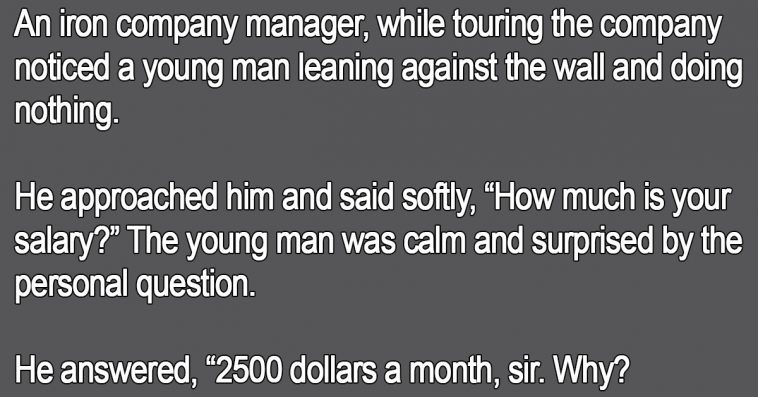 An iron company manager, while touring the company noticed a young man leaning against the wall and doing nothing.

He approached him and said softly, “How much is your salary?”

The young man was calm and surprised by the personal question.

Without an answer, the manager took out his wallet and took out 2500 dollars in cash and gave it to the young man (as a termination of service).

Then he said, “I pay people here to work, not to stand around. Now this is your monthly salary in advance. Get out and don’t come back and I don’t want a discussion!!”

The young man was expelled from the factory

The manager looked at the rest of the workers and said in a threatening tone,

“This applies to everyone in this company , whoever does not work, we immediately terminate his contract.”

One of the employees approached the manager and asked him:

“Do you know who the guy you fired?”

The manager replied, “No.”

“He does not work here, sir. He’s a pizza delivery man.”