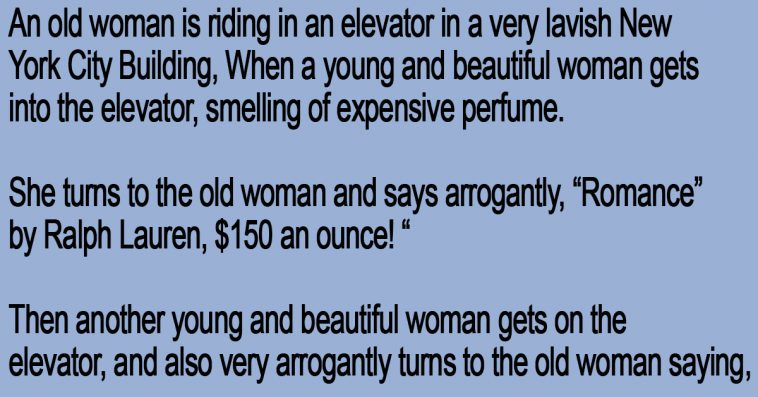 An old woman is riding in an elevator in a very lavish New York City Building,

When a young and beautiful woman gets into the elevator, smelling of expensive perfume.

She turns to the old woman and says arrogantly,

Then another young and beautiful woman gets on the elevator, and also very arrogantly turns to the old woman saying,

About three floors later, the old woman has reached her destination and is about to get off the elevator.

Before she leaves, she looks both beautiful women in the eye, then bends over, farts and says…