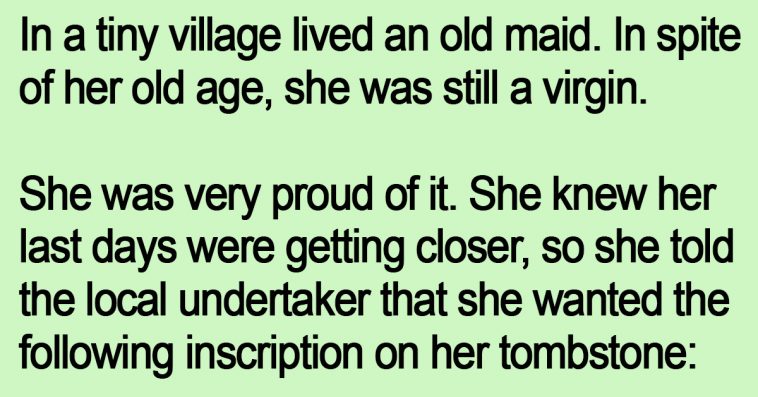 In a tiny village lived an old maid.

In spite of her old age, she was still a virgin.

She was very proud of it.

She knew her last days were getting closer, so she told the local undertaker that she wanted the following inscription on her tombstone:

Not long after, the old maid died peacefully, and the undertaker told his men what the lady had said.

The men went to carve it in, but as the b**tards they were, they thought the inscription to be unnecessarily long.