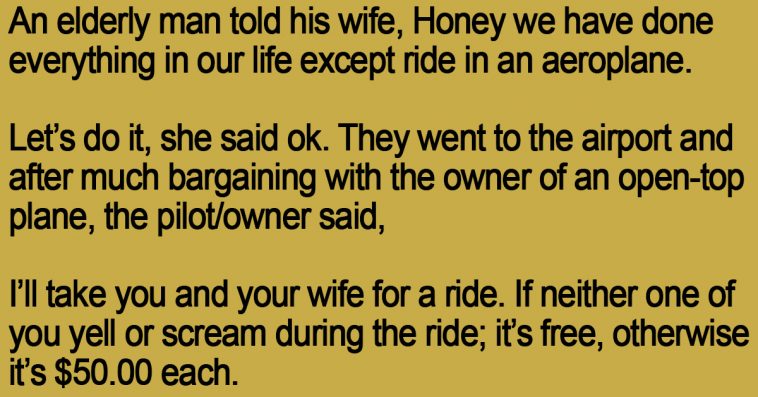 An elderly man told his wife, Honey we have done everything in our life except ride in an aeroplane.

They went to the airport and after much bargaining with the owner of an open-top plane, the pilot/owner said,

I’ll take you and your wife for a ride. If neither one of you yell or scream during the ride; it’s free, otherwise it’s $50.00 each.

The old man asked his wife, honey are you sure you can ride on the plane without yelling or screaming.

She said I’m sure I can Joe.

So they agreed to take the ride.

The pilot got them up in the air and tried to get them to scream or yell, he was flying upside down and doing cartwheels up in the air.

When he landed he looked back at the old man and said, wow I can’t believe it neither one of you screamed or yelled.

The old man said, it was hard not to scream but I almost did when my wife fell out of the plane.