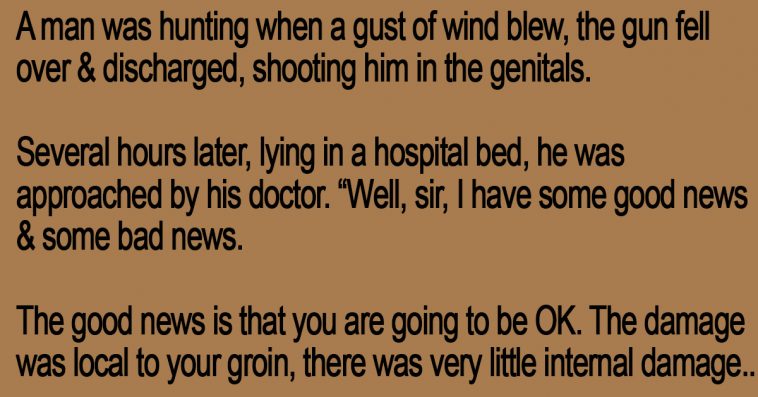 A man was hunting when a gust of wind blew, the gun fell over & discharged, shooting him in the genitals.

Several hours later, lying in a hospital bed, he was approached by his doctor.

“Well, sir, I have some good news & some bad news.

The good news is that you are going to be OK.

The damage was local to your groin, there was very little internal damage, & we were able to remove all of the buckshot.”

“The bad news is that there was some pretty extensive buckshot damage done to your willy which left quite a few holes in it. I’m going to have to refer you to my sister.”

“Well, I guess that isn’t too bad,” the hunter replied.

“Is your sister a plastic surgeon?”

” Not exactly answered the doctor…

“She’s a flute player in the Boston Symphony Orchestra. She’s going to teach you where to put your fingers so you don’t piss in your eye.