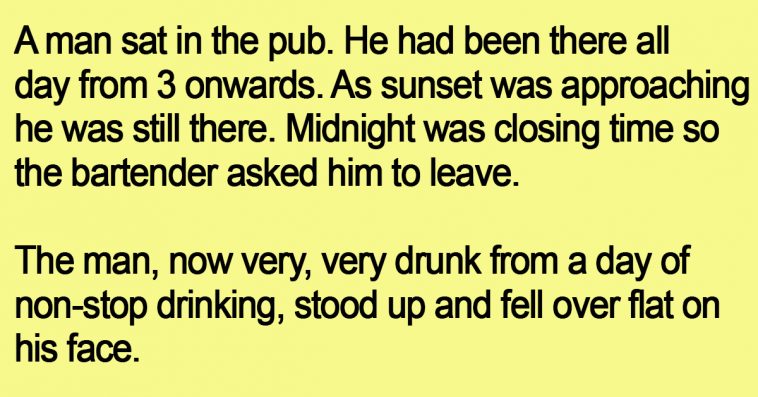 A man sat in the pub.

He had been there all day from 3 onwards. As sunset was approaching he was still there. Midnight was closing time so the bartender asked him to leave.

After an exhausting crawl he had finally managed to crawl up the steps to the door and somehow unlock the door. Once inside, and with great effort having locked the door again, he decided he would get a telling off from the misses if he woke her by coming up the stairs and lay on the couch.

Next morning he was woken up by the misses, who was clearly furious: “Have you been drinking all day again?” She hissed.

The man said:” ‘course not darling.”

She got angrier and said: “ don’t lie! The bar called… you forgot your wheelchair there again!”