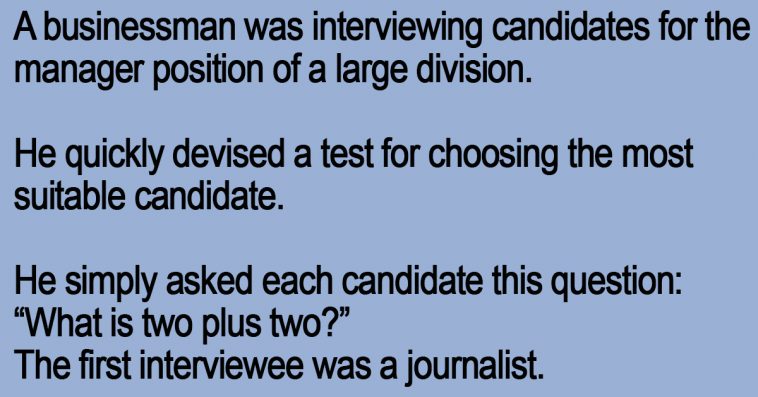 A businessman was interviewing candidates for the manager position of a large division.

He quickly devised a test for choosing the most suitable candidate.

He simply asked each candidate this question: “What is two plus two?”

The first interviewee was a journalist.

His answer was, “Twenty-two”.

The second was a social worker.

She said, “I don’t know the answer, but I’m very glad we had the opportunity to discuss it.”

The third applicant was an engineer.

Next is a lawyer.

He said that “in the case of Jenkins vs. the Department of the Treasury, two plus two was proven to be four.”

Finally, the businessman interviewed an accountant.

When he asked what two plus two was, the accountant got up from his chair, went over to the door, closed it, came back, and sat down.

Leaning across the desk, he said in a low voice, “How much do you want it to be?”

He got the job.